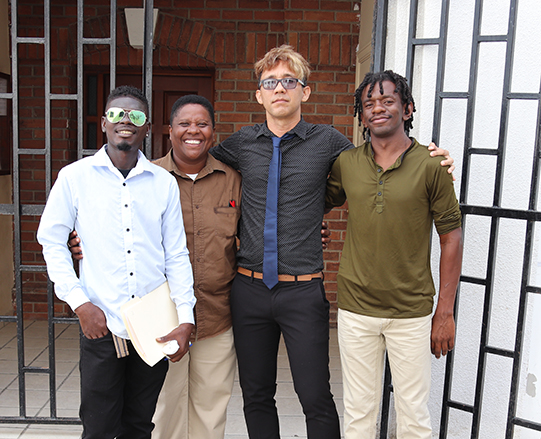 The Court of Appeal has reserved judgment after arguments in the Orozco v Attorney General appeal hearing took place in Belize City on 29 October 2018.

In August 2016, Kenneth Benjamin, the Chief Justice of Belize, ruled that Section 53 of the Criminal Code, which criminalised ‘carnal intercourse against the order of nature’ – disproportionately stigmatising the LGBT community in Belize – was unconstitutional. He held that Section 53 violated the constitutional rights to dignity, equality before the law, privacy, freedom of expression and non-discrimination on grounds of sex, and ordered that Section 53 can no longer apply to consensual sexual acts between adults in private.

The Belizean Government admirably accepted the Court’s overall ruling of decriminalisation, and that will remain the case regardless of the outcome at the Appeal Court. The Attorney General, represented in court by Solicitor General Nigel Hawke, nevertheless appealed against the findings on freedom of expression and non-discrimination, after pressure from church groups.

The Roman Catholic church, an interested party in the litigation, filed an appeal against the entire 2016 ruling, but withdrew its appeal in March 2018.

The Respondent in the case, Caleb Orozco of the United Belize Advocacy Movement, represented in the Appeal Court by Lisa Shoman SC and Professor Westmin James, opposed both grounds of the appeal on the basis that they were academic in nature and would have no effect in practice, and that they were in any event of no merit.

The October hearing involved consideration of a range of decisions from the United Nations, the Caribbean Court of Justice, the Indian Supreme Court, and the appellate courts in the U.S., all of which support the view that the prohibition on sex discrimination encapsulates sexual orientation discrimination.

Téa Braun, Director of the Human Dignity Trust said, ‘The view that legal guarantees against sex discrimination somehow exclude discrimination against a person based on their sexual orientation is wildly out of date. As a U.S. appellate court said in 2017, “… the common-sense reality [is that] it is actually impossible to discriminate on the basis of sexual orientation without discriminating on the basis of sex.” This is consistent with case law ranging from the United Nations as early as 1994, and most recently the highest court in India in September 2018.’

On leaving court Mr Orozco said, ‘Even though we have no control over how the Justices proceed, what has happened today signals to me a feeling of cautious optimism.’ He also reminded the government of their obligations to afford protection equally to citizens in Belize. ‘Whatever the outcome of the appeal, it is clear that the state should no longer be treating LGBT people as second-class citizens.’

The Human Dignity Trust, Commonwealth Lawyers Association and International Commission of Jurists jointly intervened in support of Mr Orozco before both the Supreme Court and the Court of Appeal. The interveners were represented pro bono by Timothy Otty QC – a leading barrister at Blackstone Chambers and founder of HDT – Leslie Mendez of Marine Parade Chambers Belize, and Conway Blake of Debevoise Plimpton LLP.

Given that the three-judge Appeal Court bench only sits a few times a year, judgment could take several months.