Discriminatory sexual offence laws, most of which originate in 19th century colonial penal codes, continue to blight the lives of millions of Commonwealth citizens. They criminalise human rights protected conduct and yet fail to adequately criminalise all forms of sexual violence or to protect survivors of such violence. These laws foster and enable violence and discrimination, and they are at odds with international and regional human rights norms and domestic constitutional law. They particularly affect women and girls and LGBT people and undermine the health and prosperity of entire societies.

(CW: The following film contains mentions of physical and sexual violence and abuse which some viewers may find distressing and/or traumatic.)

In contrast with widespread discriminatory sexual offence laws, very few Commonwealth countries have legislation to recognise, prevent and punish hate crimes including those committed on the basis of sexual orientation or gender identity.

(CW: The following film contains scenes of physical violence and mention of abuse and sexual violence against LGBT people which some viewers may find distressing and/or traumatic.)

Since 2015, the Trust has been analysing the need and options for wholesale legislative reform of sexual offence laws that criminalise, discriminate against or fail to protect LGBT people, women, children and other marginalised groups. We provide technical assistance upon request to governments seeking to reform such laws, and to enact protective legislation.

We provide this support this through legal research and tools, country and thematic policy papers, technical legal assistance with legislative drafting, consultation mechanisms and related legal processes, and complementary technical assistance with media and communications strategies around law reform.

At the request of senior government officials in partner countries and with assistance from our Commonwealth Group of Experts, we have worked on law reform in Commonwealth countries in both the Caribbean and Africa, including to reform sexual offence legislation and to develop anti-discrimination and hate crime laws.

We commend those government officials who are showing leadership in proactively reviewing and reforming discriminatory laws and seeking to better protect marginalised populations. 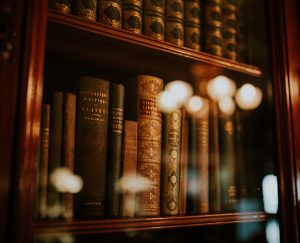 Ground-breaking research from the Human Dignity Trust offers a step-by-step analysis of how the reform of discriminatory sexual offence laws has been achieved and identifies how it can be replicated.