H.Ç. is a citizen of Northern Cyprus, the last jurisdiction in Europe that criminalised same-sex sexual activity between adults in private. He brought this proceeding in the European Court of Human Rights against the Government of Turkey as the competent authority in Northern Cyprus, on the basis that the European Convention of Human Rights, to which Turkey is a party, prohibits criminalisation of sexual orientation by virtue of the rights to privacy and family life, freedom from discrimination and freedom from inhuman and degrading treatment.

Sections 171, 172 and 173 of the Criminal Code (the ‘anti-homosexuality laws’) criminalise persons who engage in same-sex sexual acts and make them liable to imprisonment for a maximum term of five years. Attempting to commit these acts attracts a maximum sentence of three years.

The Criminal Code was introduced to the island of Cyprus by the British colonial authorities in 1928. The laws survived and continued to operate following independence in 1960. The local population consists primarily of Cypriots of Greek and Turkish ethnic origins. In 1974, a Greek Cypriot coup d’etat resulted in military intervention by Turkey to protect the local Turkish Cypriot population. This triggered the partition of Cyprus into Northern Cyprus (formally known as the Turkish Republic of Northern Cyprus), considered by the international community as territory occupied by the Republic of Turkey, and the Republic of Cyprus in the south.

The European Court of Human Rights has held on a number of occasions that laws similar to the anti-homosexuality laws of Northern Cyprus violate the right to privacy under Article 8 of the European Convention of Human Rights (“ECHR”). In particular, in 1993, the Court held in Modinos v. Cyprus that the identical provisions in the Republic of Cyprus violated Article 8. Similar findings have been reached in other cases against the United Kingdom (Northern Ireland) and the Republic of Ireland.

This case was brought against the Government of Turkey, as the recognised authority in Northern Cyprus.

H.Ç. alleged a number of violations of the ECHR by the authorities of Northern Cyprus including:

H.Ç. sought a declaration from the European Court of Human Rights that the continued criminalisation of consensual same-sex sexual conduct between adults in Northern Cyprus constitutes

He also sought compensation for the above violations.

The parties filed their respective written observations. The court would have needed to determine whether to treat this case as a ‘repeat case’ due to a similarity between the facts, impugned laws and alleged violations of rights in this case and previous judgments of the court. If the court considered this to be a repeat case, and limited to a violation of Article 8 (the right to privacy) as in other well-established cases, a full hearing would not have been required and the merits of the case could have been decided on the papers relatively promptly.

On the other hand, if the court was also minded to deal with the alleged violations of Article 14 (right to non-discrimination) and Article 3 (right to freedom from inhuman and degrading treatment) a full hearing would have been required.

On 27 January 2014, however, the Northern Cyprus Parliament – prompted in part by this litigation – passed legislation repealing the anti-homosexuality laws effectively bringing the court proceeding to a conclusion. The Presidential assent,  required within 15 days for the repeal to take effect, was given on 6 February 2014. The gazetting took place on 7 February 2014. HDT submitted a letter to the Court on 1 April 2014 seeking to have the case discontinued. The Court sat on 3 June 2014 and pursuant to our request decided to strike the case from its list, thereby formally ending the proceedings.

Download the decision of the European Court of Human Rights (Second Section) in H.Ç. v. Turkey, Application no. 6428/12, sitting on 3 June 2014, to strike the application out of its list of cases.

The Human Dignity Trust was the legal representative for the applicant, H.Ç.  The Trust was supported by its Legal Panel member, Taylor Wessing, together with local counsel Onçel Polili in Northern Cyprus and Nigel Plemming QC and Tom Mountford in London. 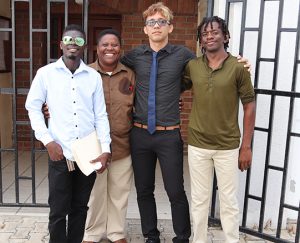 Caleb Orozco, a Belizean gay man and a prominent human rights defender, launched a successful challenge to Section 53 in the Supreme Court of Belize. The Human Dignity joined as an interested party, supporting Mr. Orozco's case.