The Human Dignity Trust (HDT) welcomes a recent decision by the Inter-American Commission on Human Rights to accept the admissibility of a case challenging Jamaica’s anti-buggery laws.

The victims in the case, Gareth Henry, a gay man living in exile, and Simone Edwards, a lesbian who was also forced to flee the country, claim that sections of Jamaica’s 1864 Offences Against the Person Act – a British colonial-era law that outlaws the ‘abominable crime of buggery’ and acts of ‘gross indecency’ – not only criminalise consensual sexual activity between men, but also legitimise violence towards lesbian, gay, bisexual and transgender (LGBT) people.

In its report setting out the decision, the Inter-American Commission acknowledged the victims’ concerns about  ‘violence and discrimination against LGBTI people and the impact of buggery laws,’ and noted that, ‘if proved, the alleged facts relating to threats to life, personal integrity, interference with private and family life, obstacles to the right of residence and movement, unequal treatment, lack of access to justice and judicial protection, and interference in access to health care, could establish possible violations of (…) the American Convention [on Human Rights].’

Mr Henry, who sought asylum in Canada in 2008 after enduring repeated attacks by homophobic gangs and police brutality, said:

‘I was forced to flee Jamaica in fear of my life simply because of who I choose to love. I am convinced that putting LGBT people in Jamaica outside the protection of the law leaves us vulnerable to violence and harassment.

I take heart from the Commission’s decision, and sincerely hope that it signals the beginning of meaningful change for our community.’

Simone Edwards was shot multiple times outside her home in 2008 by two men belonging to a homophobic gang, who also tried to kill her two brothers, one of whom is also gay. Following a series of police failures to protect her and her family, she was granted asylum in the Netherlands. She said:

‘I believe that the gang members who almost killed me and my brothers felt emboldened to do so by the very existence of these homophobic laws. One of the few family members I have left in Jamaica was even forced to leave his job because he was harassed merely for having gay and lesbian siblings.

Despite this, it’s a real boost to see that the Commission is taking our complaint seriously. It gives me hope that one day these outdated laws will be done away with, and I’ll be able to return to my homeland without fear of attack.’

The case is set against a backdrop of persecution of LGBT people in Jamaica. According to J-FLAG, an organisation advocating for LGBT people, the majority of violations of Jamaican LGBT peoples’ human rights are not reported to the relevant authorities, as community members are reluctant to go to the police because of fear of discrimination, retaliation or inaction.

HDT and its legal team supported Mr Henry and Ms Edwards in filing their complaint to the Inter-American Commission in 2012.  Téa Braun, Director of HDT, said:

‘Laws criminalising sexual activity between two consenting adults in their own homes have no place in a society that values and protects dignity, privacy and equality. They only serve to foment discrimination and violence towards the wider LGBT community in Jamaica.

For that reason, the Commission’s decision to admit this case for consideration on its merits is hugely welcome.  It is a significant step forward that we hope will eventually lead to a repeal of these discriminatory laws.’

This decision arrives over six years after the case was first filed. It will now move to what is known as a merits stage, whereby the Commissioners will consider the substance of the legal arguments and make a finding on whether and how Jamaica’s maintenance of these laws violates rights under the American Convention on Human Rights (which Jamaica has ratified) and the American Declaration on the Rights and Duties of Man.

The Inter-American Commission can make recommendations to the government to repeal the offending laws, to ensure proper protection of LGBT citizens from discrimination and violence, and to investigate the facts and make reparations.

The Inter-American Commission on Human Rights is a body of the Organization of American States (OAS) whose mission is to promote and protect human rights in the American hemisphere. It is composed of seven independent members who serve in a personal capacity. Created by the OAS in 1959, the Commission has its headquarters in Washington, D.C.

The Human Dignity Trust is a charitable organisation that supports local human rights defenders to challenge laws criminalising LGBT people, wherever such laws exist in the world, through the courts. Laws that criminalise LGBT people foster and perpetuate serious and systematic human rights violations and violate international human rights law.

J-FLAG is a human rights and social justice organisation that advocates for the rights, livelihood and well-being of lesbian, gay, bisexual and transgender (LGBT) people in Jamaica. 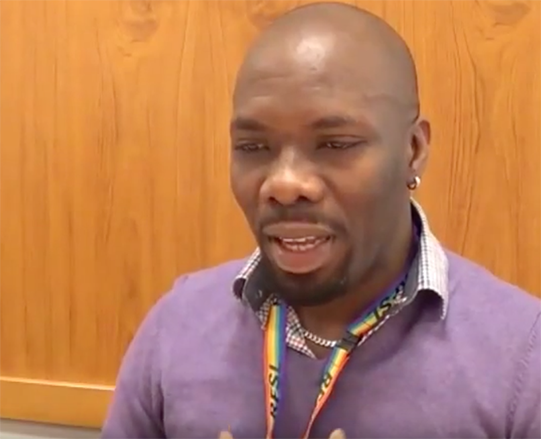 Former Co-Chair of J-FLAG discusses the role of the courts in defending LGBT rights.