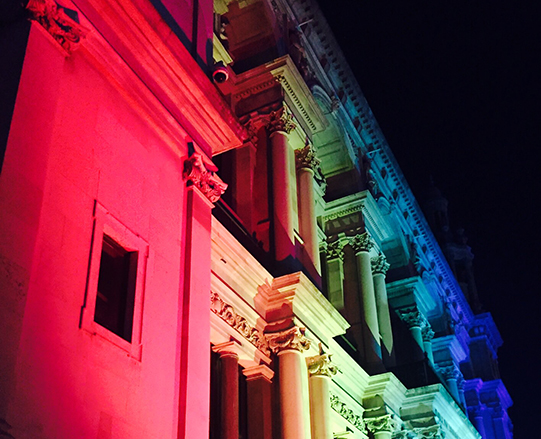 The UK Alliance for Global Equality (The UK Alliance) stands in solidarity with the millions of LGBT+ people around the world who are consistently denied justice and safety – the two interlinking themes of today’s International Day Against Homophobia, Transphobia and Biphobia (IDAHOBIT). As a coalition of UK-based civil society organisations working together to promote and support progress in global LGBT+ rights, we use our collective resources and influence to promote the human rights and equality of LGBT+ individuals and communities outside the UK, to end persecution and discrimination.

Across the world LGBT+ people are refused justice and denied safety. In 73 jurisdictions LGBT+ people are criminalised for who they are and who they love. They face discrimination, violence and exclusion from health services, education and employment and in some cases, the death penalty.

Members of The UK Alliance understand that ensuring that LGBT+ people can access safety and justice requires a range of skills. Working with LGBT activists across the world, our members are fighting for justice for LGBT+ people by:

But even when laws are improved, LGBT+ people around the world continue to be denied protection. Our members work to support those forced to live in fear including through:

The UK Alliance brings together organisations that deploy a diverse set of tools and tactics. What unites us is our vision of a world where everyone can participate fully in their society, whatever their sexual orientation, gender identity or gender expression.

Find out more about what individuals members of the UK Alliance are doing to mark IDAHOBIT, by visiting their websites.