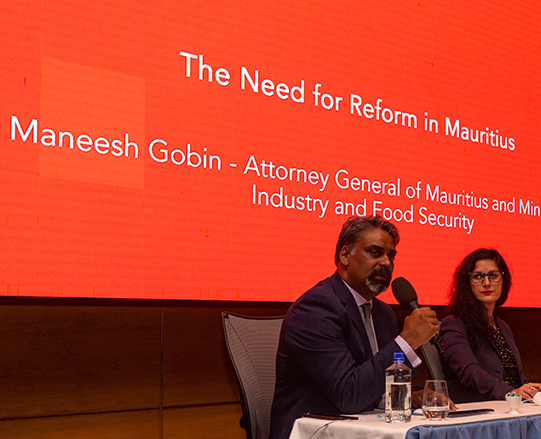 (London, 17 April 2020) The Equality & Justice Alliance (EJA), a consortium of non-governmental organisations funded by the Foreign & Commonwealth Office to deliver a 2-year legal reform programme during the UK’s term as Chair-in-Office of the Commonwealth, is delighted with the high level of interest it has received and the ambitious outcomes it has achieved.

The programme’s overall mission has been to support advances towards the reform of laws that discriminate against and fail to protect women and girls and LGBT people, and to strengthen local efforts calling for these reforms.

Along with other delivery partners the Human Dignity Trust has worked closely with Commonwealth governments, experts, champions and civil society to achieve these objectives. We are delighted that several legislative reform initiatives are well advanced in multiple countries, and that extensive research, advocacy campaigns and tools have also been developed with support from the programme to help advance legislative reform efforts.

Reflecting back as the programme came to a close, which coincides with the two-year anniversary of then UK Prime Minister Theresa May’s apology for Britain’s colonial legacy of discriminatory laws across Commonwealth, Téa Braun, HDT’s Director said, ‘It has been a great honour to be entrusted by the British government to provide technical support for law reform that has the power to transform millions of people’s lives across the Commonwealth. We have been overwhelmed by the commitment of government officials in Belize, Mauritius and St Vincent and the Grenadines to rid their law books of discriminatory laws and enact protective legislation, and assisting them has been a privilege.’

Working with our Commonwealth Group of Experts, a global network of lawyers, policy experts and academics who are international leaders in the fields of sexual offences laws, hate crimes, anti-discrimination laws and legislative drafting, HDT has assisted with the drafting of Bills that will be presented to Commonwealth parliaments in the coming months.

In Belize, HDT supported the drafting of an Equal Opportunities Bill to ensure protection from discrimination for Belizeans, and a Criminal Code (Amendment) Bill introducing hate crimes provisions into Belize’s Criminal Code, both of which will be the first of their kind for the Caribbean region. The legislation is expected to be tabled for debate in the National Assembly by the end of 2020. We also supported the process of public consultations on the proposed legislation and translated the lengthy legal documents into digestible explanatory materials for everyday Belizeans.

At the same time, in order to create an enabling environment for the introduction of this progressive legislation, we worked with the National AIDS Commission and Office of the Special Envoy for Women and Children to develop and run the Live & Let Live nationwide public education campaign, based on Belizean national values. The campaign, which is ongoing, has been met with enthusiasm by the general public and spans TV, radio, a website and social media. It is centred around a series of public service announcements designed to break down stigma and encourage respect and tolerance for LGBT people, women and girls and people with disability.

In Mauritius, HDT conducted a comprehensive legal and human rights review of existing sexual offences legislation, and has worked with the Attorney General’s Office to produce a draft Sexual Offences Bill which would make the country’s legislation human rights compliant by ensuring consensual same-sex sexual activity is decriminalised, marital rape is expressly criminalised, the definitions of rape and sexual assault are gender-neutral and inclusive, and adequate procedural protections for survivors of sexual violence are put in place. The Bill is a high priority for the Attorney General, who has been leading the charge for reform in Mauritius since he announced the collaboration with HDT at the United Nations in 2018. Presentation of the Bill to the National Assembly is anticipated in 2020.

In Saint Vincent and the Grenadines, HDT produced a comprehensive review of the country’s sexual offences laws, with recommendations for reform that would make the legislation human rights compliant, such as ensuring gender-neutral and inclusive definitions of rape and sexual assault, equal ages of consent to sexual activity for males and females, explicit criminalisation of marital rape, decriminalisation of LGBT people and removal of derogatory references to people with disabilities.

In collaboration with the Ministry of National Mobilization, we continue to work on producing a model Sexual Offences Bill. We also produced a country-specific training of trainers toolkit on human rights, gender and sexual diversity, aimed at government agencies and civil society organisations, which was used to deliver trainings during the 16 days of activism against gender-based violence in December 2019.

In order to guide, inspire and support these legislative reform efforts across the Commonwealth, HDT produced a series of ground-breaking reports which highlight the pressing need for – and the routes to – legislative reform to address discriminatory and outdated sexual offences laws and to counter pervasive hate crimes against the LGBT community. These reports provide crucial guidance on how to better protect women, children, LGBT people and other vulnerable groups, and are already being relied on by government bodies to guide national reform efforts. Our flagship Good Practice on Human Rights Compliant Sexual Offences Laws across the Commonwealth report was launched in the wings of the Commonwealth Law Ministers Meeting in Colombo, Sri Lanka in November 2019, to great acclaim. Using the practical and measurable indicators of good practice from that report, we also mapped the status of sexual offences laws in all Commonwealth countries, through five regional reports. 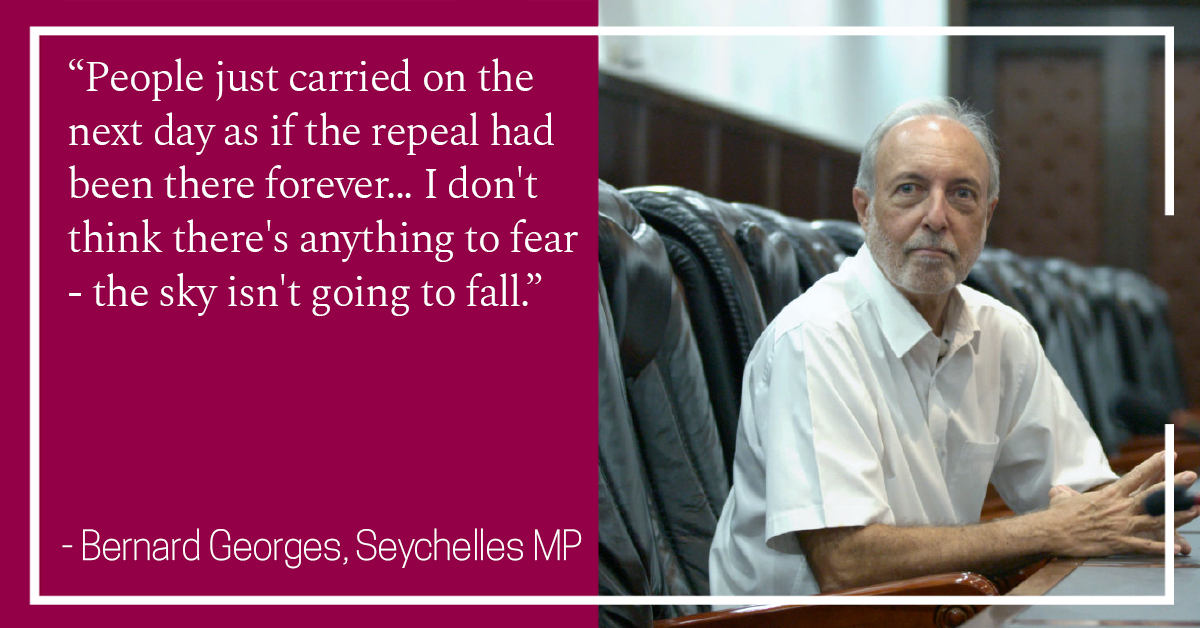 Bernard Georges MP on the repeal in 2016 of provisions criminalising same-sex sexual activity in the Seychellois Penal Code.

Aimed at decision-makers and legislators in Commonwealth countries, two short documentary films on reform of sexual offences laws and introduction of hate crime legislation were also commissioned by HDT. With high levels of production and featuring interviews with change makers, parliamentarians, lawyers, academics and activists in Kenya, Seychelles, India and Belize, the videos harness the power of visual storytelling to convey the urgency of these issues and inspire action towards legal reform. Along with a suite of soundbite films, photos and viral videos, the films will shortly be available for viewing on the Trust’s website and social channels. 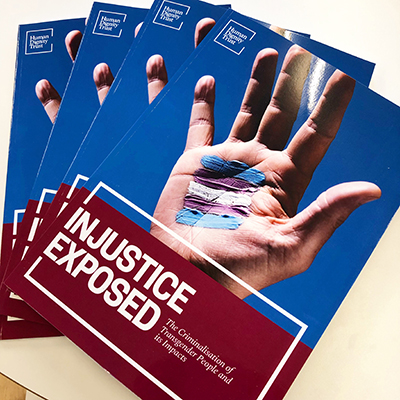