Across the world, legislative reform has proved to be a vital tool to repeal and reform the laws that criminalise and discriminate against LGBT people. Alongside the All-Party Parliamentary Group on Global LGBT+ Rights, the Human Dignity Trust hosted a global discussion looking at how activists, legislators and policy makers are repealing and reforming those laws in order to secure the rights of LGBT people.

The discussion drew from the Trust’s ground-breaking research that offers a step-by-step analysis of how the reform of discriminatory laws has been achieved, and identifies how it can be replicated. Each panelist brought their own experience of working on successful legislative reform, often in very different contexts.

Panellists discussed some of the shared features of successful reform, including the need for persistence and commitment, the importance of political leadership, the need to build broad coalitions of support and the necessity of engaging with opponents of reform.

The Trust’s research centres on six in-depth case studies of countries that have recently undertaken the reform of discriminatory laws. It identifies key drivers of reform and compares and contrasts the different models of change. The case study series includes examples of both wholesale updating of criminal codes, allowing multiple issues to be tackled together, and targeted legislative reforms. The countries considered in the research series were: Belize, Mozambique, Nauru, Northern Cyprus, Palau and Seychelles, with the findings drawn together in a synopsis report. 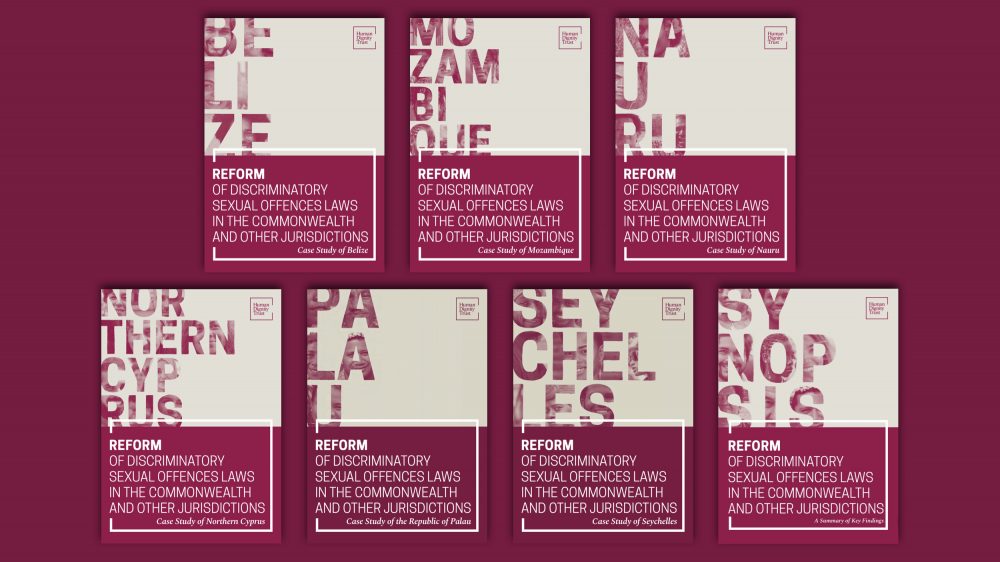 Panelists concluded that although legislative reform could be an extensive and protracted process, susceptible to political instability and volatility, with persistence, political leadership and a broad coalition of committed stakeholders successful reform was possible.

Ground-breaking research from the Human Dignity Trust offers a step-by-step analysis of how the reform of discriminatory sexual offence laws has been achieved and identifies how it can be replicated.