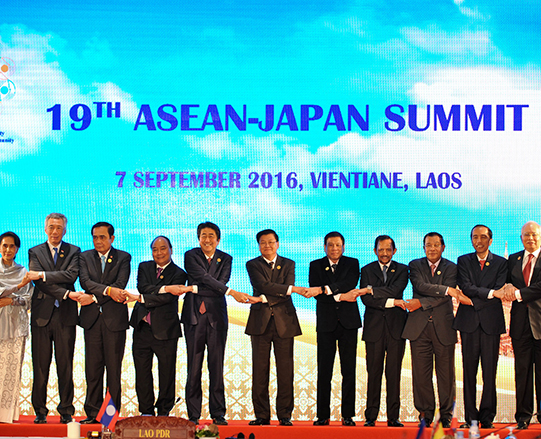 Today begins the start of the two-day ASEAN summit, hosted by President Obama in California. The summit aims to bring together the leaders of South East Asian member states to solve regional challenges such as the economic slowdown and the dispute over the South China Sea. However, President Obama cannot ignore the reality of human rights abuses taking place all over this region, in particular with regards to LGBT people.

Consensual same-sex relations are a criminal offence in six of the eleven ASEAN member states: Brunei, Indonesia, Malaysia, Myanmar, Singapore and Papua New Guinea. Brunei and Malaysia also maintain laws which criminalise “cross-dressing”. These criminal laws lead to endemic human rights abuses and feed into a wider narrative of homophobia and transphobia within the region. Last September, Malaysian transgender activist Nisha Ayub was beaten by two men with iron rods before being sent herself to a male prison for her gender expression. Also just last year, a civil servant in Brunei was heavily fined for cross-dressing in a public place, as a result of the newly enacted Syariah Penal Code. These persecutory laws almost entirely stem from British colonial rule, with the exception of some examples of Sharia law operating in Malaysia, Brunei and some areas within Indonesia.

President Obama committed to stand up for the human rights of LGBT people regardless of criticism. He did not shy away from this duty during his state visit to Kenya or his Africa tour. If he is accused of cultural imperialism, he could point out the irony that most of these laws were imposed by the British Empire in the first place. H541e should continue to make the case that not only are human rights universal, but that discrimination is socially and economically detrimental. It undermines democracy, the rule of law and economic prosperity, making the region less attractive to multinational businesses and foreign investment. It systematically locks out a segment of society and is thus the antithesis of inclusive capitalism.

South East Asia is a region with massive potential, and it is well that the ASEAN summit will recognise and foster that, but this is also a golden opportunity to hold these states to account for the antiquated laws they maintain, which lead to the systematic abuse and exclusion of LGBT people.

“Criminalisation on the basis of sexual orientation or gender identity is an egregious breach of international human rights law. It is inherently discriminatory, degrading, demeaning and dehumanising. President Obama has a moral obligation as a leader who believes in democracy, equality and universal human dignity to say that it is unacceptable for these states to continue to criminalise LGBT people in the twenty-first century.”