Same-sex sexual activity is prohibited under the Penal Code 1945, which criminalises acts of ‘carnal knowledge against the order of nature’ and ‘gross indecency’. This law carries a maximum penalty of life imprisonment. Both men and women are criminalised under this law.

In April, Tanzania postponed a referendum on the new constitution after delays in registering voters. Tanzania embarked on a constitutional review process in 2011. The Constitutional Review Act of 2011 was enacted to provide a regulatory framework for the process. As part of that process, a referendum was due to be held in April 2015 to approve the new Constitution. There had been much tension surrounding the new constitution, with the main opposition parties rejecting it. The new draft constitution improved the coverage of human rights but makes no specific reference to sexual orientation as prohibited ground of discrimination.

In March, Tanzanian MP Ezekiel Wenje gave notice to Parliament of his intention to draft an anti-LGBT bill similar to those enacted in Nigeria and Uganda to criminalise further consensual same-sex sexual conduct. In an interview with the East African, Wenje said: “we should not care about aid, we should care about our values and the future of the country.”

Also in March, Tanzania voted in favour of a failed Russian draft decision at the UN General Assembly’s Fifth Committee (Administrative and Budgetary) that would have had the Secretary-General withdraw his bulletin providing UN staff benefits for married same-sex couples.

We’ve also assessed Tanzania’s sexual offence laws against international human rights standards. Not only does Tanzania criminalise same-sex sexual activity, it also fails to properly protect other vulnerable groups, such as women, children, and people with disability, from sexual offences.

The US Department of State report noted that in addition to the explicitly criminalising provisions, in the past courts charged individuals suspected of same-sex sexual activity with ‘loitering’ or ‘prostitution’. Police harassed people believed to be LGBT on the basis of their dress or mannerisms.

The US Department of State report noted that LGBT people were afraid to report violence and other crimes due to fear of arrest. They faced societal discrimination that restricted their access to health care, including access to information about HIV, housing, and employment.

In September, the deputy Minister of Home Affairs instructed police in Zanzibar to arrest LGBT people, accusing them of being “unethical, unaccepted, and against the law.”

In late 2018, reports began to appear of a coordinated government attack on the LGBT community in Tanzania. In October, Paul Makonda, Governor of Dar es Salaam, announced the creation of an anti-LGBT surveillance squad, which would begin rounding up suspected gay people. Reports suggested that hundreds of LGBT activists subsequently went into hiding after house raids began.

In November ten men were arrested for allegedly conducting a same-sex marriage ceremony on the island of Zanzibar.

The international community condemned the attacks and the wider anti-LGBT environment in Tanzania. UN High Commissioner for Human Rights, Michelle Bachelet, expressed alarm, stating that LGBT people are subject to growing violence and discrimination, and this move could turn into a witch-hunt. Additionally, the EU recalled its ambassador, and the World Bank withdrew a loan to Tanzania. In January 2020, the US Department of State announced that Paul Makonda was banned from entering the US “due to his involvement in gross violations of human rights, which include the flagrant denial of the right to life, liberty, or the security of persons.”

In September, 20 people were arrested in Zanzibar for “alleged homosexuality”. They were picked up in a hotel where they were receiving training about HIV/AIDS education programmes.

Also in September, at least 12 men were arrested at a hotel in Dar es Salaam at a gathering authorities claimed was to promote same-sex relationships.

In October, police arrested 12 people who were allegedly preparing a case to challenge the government’s decision to ban HIV drop-in centres for key populations.

In January, police in Tanzania arrested a trans man and his female partner on suspicion of violating the Tanzanian law against same-sex activity.

Prison visits by the Commission for Human Rights and Good Governance (Tanzania) from 2011 revealed that “unnatural offenses” were among the most common reasons for pretrial detention of minors.

A Human Rights Watch report published in February documented the situation for the LGBT community amidst the ongoing crackdown. It noted that one of the most significant casualties was the right to health, with the Ministry of Health abandoning efforts to combat HIV among the community, and banning community-based organisations from conducting outreach to men who have sex with men.

In April, a 19-year-old student died after being beaten by a teacher and students, allegedly due to his sexuality. The perpetrators were arrested and the body was exhumed for investigation.

Increasingly hostile government rhetoric against LGBT people led to a climate of fear amongst LGBT people, with widespread violence and persecution by both state and non-state actors. Speaking to the Guardian, Erin Kilbride, of the human rights group Front Line Defenders, said violence by police is common. Of 80 LGBT people and sex workers Kilbride interviewed over the summer, all but two said they had been sexually assaulted or raped by police in custody. One female sex worker told Front Line Defenders she had been forced by police to crawl through sewage in Mwanza.

In February, Deputy Health Minister Hamisi threatened to publish the names of “suspected homosexuals.” Defending the threat, Kigwangalla said, “Have you ever come across a gay goat or bird? Homosexuality is not biological, it is unnatural.”

In June, Tanzania threatened to arrest and expel LGBT activists and deregister non-government organisations working with the community.

A report released by LGBT Voice in October, a Tanzanian LGBT advocacy organisation established in 2009, found that “LGBT persons in Tanzania continually face stigma and discrimination, harassment and arbitrary arrests, alienation from family and faith, lack of access to social services including health, justice, housing, education and dignified livelihoods.”

Reports of persecution and discrimination are widespread in Tanzania. A 2013 Human Rights Watch report noted a number of instances of discrimination: “arrests, violence, and harassment of LGBTI people are common, particularly for MSM. Examples of discrimination in housing, education and employment have been reported and affect lesbians and bisexual women as well as gay and bisexual men.” Access to medical aid also proved a problem. The report details the case of one man in 2012 who was refused medical treatment from a doctor in Zanzibar on the basis of his sexuality.

One man reported being raped by police. The man, who occasionally was forced to work as a sex worker, was looking for clients on the street when he was arrested by a police officer. He was forced at gunpoint to ring and invite five of his gay friends to join him and upon arriving they were also arrested. The man’s mother paid his bail by taking out a loan. Speaking on the incident, the man recalled: “When I remember that situation, I want to cry.”

a HIV-focussed organisation working to support key populations including the LGBT community.

Uganda criminalises same-sex sexual activity between men and between women. Sentences include a maximum penalty of life imprisonment.

Burundi criminalises same-sex sexual activity between men and between women. Sentences include a maximum penalty of two years’ imprisonment and a fine. 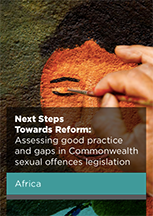 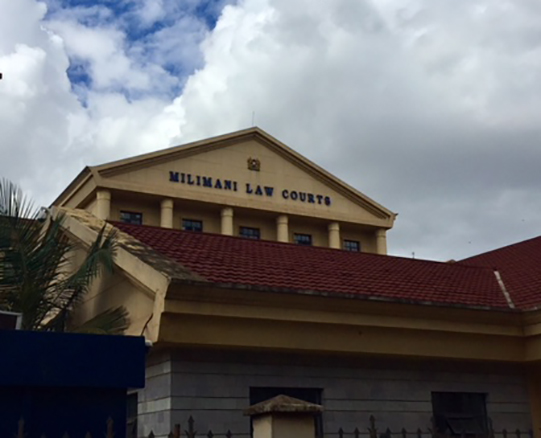